Hamburg 22. December 2022 - The general management of Biesterfeld Nordic AB has been reassigned as of December 1, 2022. Peter Eriksson and Magnus Lagerqvist will jointly assume responsibility for the Scandinavian subsidiary of Biesterfeld Plastic - a business unit of the Biesterfeld Group, a leading international distributor of plastics, rubber and specialty chemicals. They succeeded Steen Jensen, who left the company at his own request.

Peter Eriksson holds a degree in International Business from North Park University Chicago and has many years of industry experience. He has been with Biesterfeld Nordic AB for more than six years and was responsible as Head of Sales at the Scandinavian & Baltic subsidiary of Biesterfeld Plastic. Prior to that, Eriksson was, among other things, Sales Manager at a well-known distributor of specialty chemicals. In his new role as General Manager, he will be responsible for operations at Biesterfeld Nordic AB.

Magnus Lagerqvist has many years of management experience in the chemical industry. A graduate in business administration (MBA from the Stockholm School of Economics), he has already been general manager of ABIC Kemi AB for more than a year. The subsidiary of Biesterfeld Spezialchemie distributes lubricants and oils as well as high-performance materials for the adhesives and sealants, composites, electrical and energy segments in Sweden and Denmark. At Biesterfeld Nordic AB, Lagerqvist is responsible for all administrative areas such as finance and controlling as general manager of Biesterfeld Nordics, in addition to his role as general manager of ABIC Kemi AB.

"We would like to thank Steen Jensen for his commitment and are very pleased to promote Peter Eriksson and Magnus Lagerqvist, two outstanding industry experts from our own company, as general managers of Biesterfeld Nordic AB," explains Carsten Harms, member of the Executive Board of Biesterfeld AG and spokesperson for Biesterfeld Plastic. "In the coming years, both of them will strategically drive the expansion of our business and our organizational structure and further establish and expand our business in the region. I look forward to our continued cooperation." 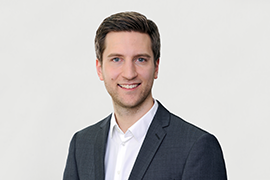