The Biesterfeld Group has repurchased the 28.6% of shares held by HANNOVER Finanz at the end of a successful nearly 11-year partnership. All shares in the plastics and chemicals distributor are now once again wholly owned by the Biesterfeld family. Together, the owning family and the financial investor have overseen the international growth of the group with great success over the last several years.

HANNOVER Finanz acquired shares in Biesterfeld in 2011. A family business based in Hamburg, Biesterfeld has been a leading distributor in the chemicals and plastics industry for 115 years. With over 40 locations worldwide and over 900 employees, it has an annual group turnover of more than €1 billion.

Thomas Arnold, CEO of the Biesterfeld Group, commented on the buyback: "In recent years Biesterfeld has grown very profitably and at a disproportionately high rate. A strong owning family and the partnership with HANNOVER Finanz have been key factors in this success. With our extensive product portfolio, our expertise in application consulting and our know-how when it comes to solutions, we will continue to leverage international market potential as an independent family business and continue to build on our position as one of the world's leading distributors in a targeted way."

Jürgen von Wendorff, Managing Partner at HANNOVER Finanz, said: "We are delighted that after a participation of around 11 years, the family has repurchased all shares in the business. This was the agreed intention from the beginning. As with our long-term holdings in Fielmann and Rossmann, we have made a successful contribution to the growth of Biesterfeld AG and we are now returning our shares to the family. Biesterfeld is a successful family business and a typical investment for HANNOVER Finanz."

Christoph Schopp, director of GBK Beteiligungen AG, who represents HANNOVER Finanz on the Supervisory Board, added: "Biesterfeld's development during our participation has been a real success story, and we are gratified to have contributed to this. Our job as a partner is now done, and we are parting ways with a very well set-up company that now has even better prospects. We wish the family, the management and the employees every continued success for the future."

Biesterfeld AG is the strategic holding company of the Biesterfeld Group, which has been active as a trade and service company for over 115 years. The Group is one of the leading companies in the distribution of chemicals and plastics with more than 40 locations worldwide in Europe, North and South America, and Asia. Family-owned, it continues to focus on steady profitable growth in its three business divisions: Biesterfeld Plastic, Biesterfeld Spezialchemie and Biesterfeld International.

About the HANNOVER Finanz Group

HANNOVER Finanz, founded in 1979, has more than 40 years of experience and is in great demand as an equity capital partner for medium sized enterprises. The private equity house based in Hanover and with an office in Vienna was one of the first venture capitalists in Germany and the German-speaking region. It is a second generation owner-managed investment company. Well-known businesses such as Fielmann, Rossmann and AIXTRON have achieved their growth with equity capital from HANNOVER Finanz and have taken advantage of the entrepreneurial support provided. Since its foundation, the equity capital partner for medium sized companies has completed over 250 projects and invested over two billion euros. The reasons for investment are mainly to finance growth and corporate succession in sound medium sized businesses with annual sales of at least 20 million euros. The HANNOVER Finanz Group is one of the few private equity houses in Germany to take on minority as well as majority shareholdings. The portfolio currently comprises 40 companies. 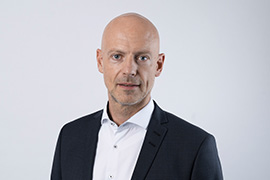